What is Energy Healing

I never thought much of energy healing. I had Reiki worked on me on occasion and aside from feeling some calmness and thoughtfulness to the person who thought I needed it I never really understood what "IT" exactly was. I'm grateful for those subtle Reiki treatments that person gave me because deep down it helped even if I was too blind to realize it and I believe it led me on the journey to becoming a Reiki Master. Reiki goes where it is needed, not necessarily where you think it is needed but I digress.

What is it? How does it heal?

Everyone has four bodies of energy.

Energy healing releases people from the emotional energy of their past, cleanup their mental states and repairs the entire energy system. Everyone has a different energetic makeup. Some are more emotional, some are more physical it really depends on an individual.

The word Reiki is composed of two Japanese words - Rei and Ki. When translating Japanese into English we must keep in mind that an exact translation is difficult. The Japanese language has many levels of meaning. Therefore the context the word is being used in must be kept in mind when attempting to communicate its essence. Because these words are used in a spiritual healing context, a Japanese/English dictionary does not provide the depth of meaning we seek, as its definitions are based on common everyday Japanese. As an example, Rei is often defined as ghost and Ki as vapor and while these words vaguely point in the direction of meaning we seek, they fall far short of the understanding that is needed.

When seeking a definition from a more spiritual context, we find that Rei can be defined as the Higher Intelligence that guides the creation and functioning of the universe. Rei is a subtle wisdom that permeates everything, both animate and inanimate. This subtle wisdom guides the evolution of all creation ranging from the unfolding of galaxies to the development of life. On a human level, it is available to help us in times of need and to act as a source of guidance in our lives. Because of its infinite nature, it is all knowing. Rei is also called God and has many other names depending on the culture that has named it.

Ki is the non-physical energy that animates all living things. Ki is flowing in everything that is alive including plants, animals and humans. When a person's Ki is high, they will feel strong, confident, and ready to enjoy life and take on it's challenges. When it is low, they will feel weak and are more likely to get sick. We receive Ki from the air we breath, from food, sunshine, and from sleep. It is also possible to increase our Ki by using breathing exercises and meditation. When a person dies, their Ki leaves the physical body. Ki is also the Chi of China, the prana of India, the Ti or Ki of the Hawaiians, and has also been called odic force, orgone, bioplasma and life force.

With the above information in mind, Reiki can be defined as a non-physical healing energy made up of life force energy that is guided by the Higher Intelligence, or spiritually guided life force energy. This is a functional definition as it closely parallels the experience of those who practice Reiki in that Reiki energy seems to have an intelligence of its own flowing where it is needed in the client and creating the healing conditions necessary for the individuals needs. It cannot be guided by the mind, therefore it is not limited by the experience or ability of the practitioner. Nether can it be misused as it always creates a healing effect. ( It must be kept in mind that Reiki is not the same as simple life force energy as life force energy by itself can be influenced by the mind and because of this, can create benefit as well as cause problems including ill health.)

It must be understood that the mind exists not only in the brain, but also through-out the body. The nervous system extends to every organ and tissue in the body and so the mind exists here also. It is also known that the mind even extends outside the body in a subtle energy field two to three feet thick called the aura. Because of this, it is more appropriate to call our mind a mind/body as the mind and body are so closely linked.

The negative thoughts and feelings that are lodged in our unconscious mind/body are the greatest problem as we are not aware of them and therefore — we are greatly hampered in changing or eliminating them.

The great value of Reiki is that because it is guided by the Higher Intelligence, it knows exactly where to go and how to respond to restrictions in the flow of Ki. It can work directly in the unconscious parts of the mind/body which contain negative Ki-inhibiting thoughts and feelings and eliminate them. As Reiki flows through a sick or unhealthy area, it breaks up and washes away any negative thoughts or feelings lodged in the unconscious mind/body thus allowing a normal healthy flow of Ki to resume. As this happens, the unhealthy physical organs and tissues become properly nourished with Ki and begin functioning in a balanced healthy way thus replacing illness with health.

This non-invasive, completely benign healing technique is becoming more and more popular. As western medicine continues to explore alternative methods of healing, Reiki is destined to play an important role as an accepted and valued healing practice.

Extra Self-Care for Your Mental Health

A Note To My Younger Self 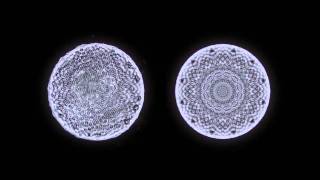 Music is a Powerful Tool

Reiki Healing For Your Pet

What is Energy Healing